Playmobil versus Lego, how are the collections imagined?

This Friday, October 25, at the Danish Lego headquarters in Billund, a strange battle animates the lunch break.Gathered around a table, a score of overexcited designers tele-guided small robots until one of them is ejected by a tank.”My drums were more powerful,” says the designer, before lifting his cup…made out of Lego, of course.Even to relax, these bearded thirty-somethings in sneakers don’t let go of their briquettes.Before going back to their offices, once recess is over, to floor on future creations.But that’s classified information.”These areas are strictly confidential, we don’t show them to anyone,” explains a member of the management.

And for good reason.It is in this “Innovation House”, of which we have been able to unlock some secrets, that all the Lego of tomorrow will be born.In 2019 alone, the Danish giant launched 300 new products, while Germany’s Playmobil introduced 180.This is the paradox of these iconic brands which, in appearance, do not change anything in their DNA: the same briquettes that appeared at Lego in 1952, the same men with plastic hair launched in 1974 by Playmobil.In fact, the ranges are constantly being adjusted to suit the wishes of the children.

But to each his own.”Playmobil reproduces the worlds that parents knew when they were younger by updating them by touch,” deciphers Franck Mathais, spokesman for the JouéClub chain of stores.At Lego, with resources that are out of all proportion to the size of the company, the focus is more on innovation in all areas.In both camps, in order for a new box to arrive on the shelves before Christmas, it is a two-year countdown.

Designers must first decide which new worlds to explore.At Playmobil’s German headquarters in Zirndorf, the 70 designers at Playmobil often start to imagine their future toys based on children’s drawings.”Many suggested we expand the fire station because not all of their vehicles fit inside.So we’ve doubled the size of the garages,” explains Bruno Bérard, the brand’s director for France.

Current events, too, are a source of inspiration.In 2020, Playmobil will be taking its football pitch out to the Euro, which starts in June.And new haircuts will appear to suit the eccentricity of the players.Until they are refurbished, many of the vehicles retain a dated design.Like the police car or the family minivan, which seem to be straight out of the 1990s.

At Lego, ideas are drawn from multiple sources.Among the 350 employees assigned to new products, mostly in Billund, but also in Singapore and Los Angeles, a small cell of 150 creative people is thinking about the next five years.To feed their imagination, these researchers alternate between consumer studies, trend analyses, discussions with the prestigious Massachusetts Institute of Technology (MIT) or tech giants such as Apple…

But Lego also knows how to listen to its fans.All year round, amateur designers from all over the world can submit their ideas in a kind of competition game on the Internet.If it collects more than 10,000 votes on the Lego Ideas website, their project is validated.

Two Frenchmen have been lucky enough to be recently selected.A real kid’s dream! Hairdresser in the Nancy area, Kevin Feeser (38) spent over 600 hours assembling the eight prototypes for his tree house.”By hand and with my personal stock,” says this Lorrain.While Aymeric Fievet (35), a computer scientist in Rouen, went through the 3D modeling software Lego Digital Designer, available on the brand’s website.This briquette madman has recreated the Central Perk, the mythical café where the heroes of the Friends series meet.”I tried to reproduce the place with existing Lego pieces,” he says.My final proposal had 1,700 but was reduced to 1,070 so the box wouldn’t be too expensive.”

>> Also to be read – Christmas: how digital reinvents the toy

While all of the Rouen native’s discussions with the Billund teams took place via videoconference, Kevin Feeser was able to present his model directly to headquarters.In an atmosphere worthy of a spy movie! “Two designers and a graphic designer accompanied me into a room with blacked-out windows,” our hairdresser describes.Before revealing the final version of his project hidden in a black box to avoid prying eyes.”The changes were subtle: the brown of the tree had been thinned out and the roots I had run over the trunk had been removed so that it was easier to catch,” says the amateur designer.

Because prototypes must pass the children’s test.”It allows us to really experience their playability,” explains Anne Besson, Lego’s marketing director for France.While a team of engineers validates their solidity.Then comes the production phase.Kevin Feeser had a chance to see the behind-the-scenes at the plant located near the group’s world headquarters.”A huge shed, strangely silent, impregnated with the smell of hot plastic”, where millions of balls and sticks are kneaded.

“Computers calculate the required melting temperature, inject the liquid and adapt the press time to each manufactured part,” Kevin continues.He can be proud of the result: since last September, his hut has been sold all over the world for 199 euros.Our two creators will receive 1% on each box sold.Pactole in sight? Likely.”The Central Perk has far exceeded our expectations and is one of our best sellers,” says Anne Besson.

At Playmobil plants, too, creative people work hand in hand with production managers.Because every new part has to be injected into custom moulds, costs can quickly skyrocket.”Up to 150,000 euros for the hull of the big pirate ship, for example,” says France’s managing director, Bruno Bérard.Playmobil must therefore limit itself to 600 new moulds per year.So for the rest, all tricks are good to take: the vanilla and chocolate balls in the ice cream wagon come from the same mould as the horse dung from the stable!

As for the manufacture of the parts, it is spread all over Europe: the German factory produces all the assembly elements and accessories, the figurines are made in the unit in Malta and other parts in Spain or the Czech Republic.Everywhere, an army of robotic injectors are doing most of the work.And to ensure that no part is missing, “each kit is weighed with specially calibrated scales, sometimes to the nearest milligram,” says Bruno Bérard.

But to stay in the wheel of the Danish leader (10% toy market share in France), Playmobil (7%) has to move up a gear.In 2015, the death of the creator, Horst Brandstätter, created an electroshock.While the company’s capital is now protected within a foundation, a new tandem of directors, coming from the two toy mastodons Hasbro and Disney, do not hesitate to lift certain taboos.”The new projects come more from the marketing teams,” observes Bruno Bérard.This is the case of one of the launches expected in 2020, Everdreamerz, which can be seen in the showroom of the company’s French headquarters in Lisses (Essonne).

These collectible figurines of girls and boys with eccentric looks will be sold in small mystery boxes.It is impossible to know in advance which character will be hidden there: a system that encourages re-shopping and exchanges in schoolyards.In the meantime, nothing will boost sales like a revamped Advent calendar.”Every day until 24 December, while they are in the middle of writing their Christmas list, children can discover a new character or accessory,” enthuses Bruno Bérard.As every year, Playmobil France expects to sell nearly 500,000 of them, at 17.90 euros each.

Adults are playing more and more Lego, and it’s not always for fun.With Serious Play, the brand offers briquette kits designed to organize management sessions in companies.The coaching firm Tourangeau Reliences, for example, came to the rescue of the Total or Vinci teams with this method.Other universes clearly target adults rather than children.This is the case of the Lego Creator Expert range, with its 5,923-piece Taj Mahal.The same goes for Lego Technic and its ultra-realistic Bugatti Chiron.Count 380 euros for this beautiful toy.

“With the theme of the police and the modern house, the fire truck will undoubtedly be our best seller this Christmas,” says Bruno Bérard, Managing Director of Playmobil France.The manufacturer has built its image on continuity, so it must not miss out when it renovates, as it did this year, its flagship product.With each facelift, the creative team tries to add details to better fit the time and the children’s expectations.When the truck became remote-controlled in 2009, it was an event.The same goes for the siren, which is very popular with toddlers.

The Uniform: In 1978, firefighters wore a plain blue jumpsuit.It became yellow in 1988, blue and orange in 2009, then black with a black border since 2015.The removable visors on the helmet date from 1996.

The cabin: It has been lengthened in 2015, to create two new seats at the rear and increase the play potential.The call sign 112 has disappeared from the bodywork, probably to avoid detonating on the American market.

Flashing lights: They have become square and imposing, and for good reason: the brand has integrated lights to play in the night.Parents’ nightmare, a loudspeaker has been mimicking “two-tone” since 2015.

Firefighters: To reflect the diversity of the children who play there, Playmobil has added a colourful firefighter in this 2019 version.Among the three characters, there is also a woman, since 2009. 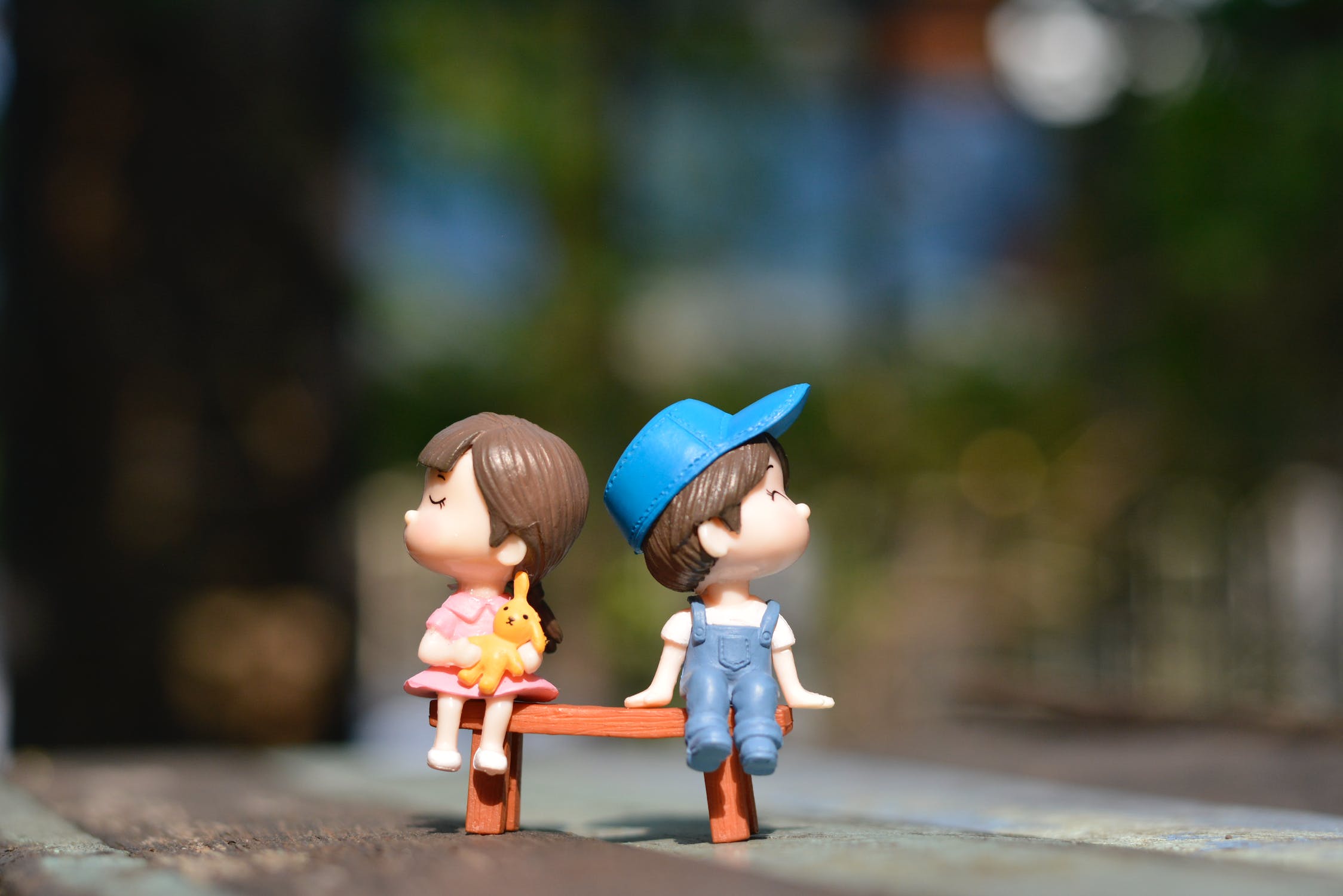